This is a selection of Derek Mason’s more recent and perhaps favorite instrumental compositions. Besides his signature progressive rock and blues guitar playing we share some of Derek’s musical creativity in other genres such as New Flamenco, Jazz, Alternative instrumentals and music for Film. In his last four or five years, Derek focused much of his production time creating more complex music. In many of these pieces, he composed numerous virtual instrument tracks on keyboard, arranging them with his electric, acoustic and nylon string guitar tracks. It resulted in some very dramatic compositions. Shortly before Derek Mason passed away, he began to realize his wishes to be involved in musician partnerships for Film music.

Some interesting guitar memorabilia: The first five pieces in this playlist feature Derek playing on his retro 1980’s Larrivée electric, the gold guitar visible in the pictures below the Instrumental playlist.

For more information on any of this music, please e-mail via the Contact page. 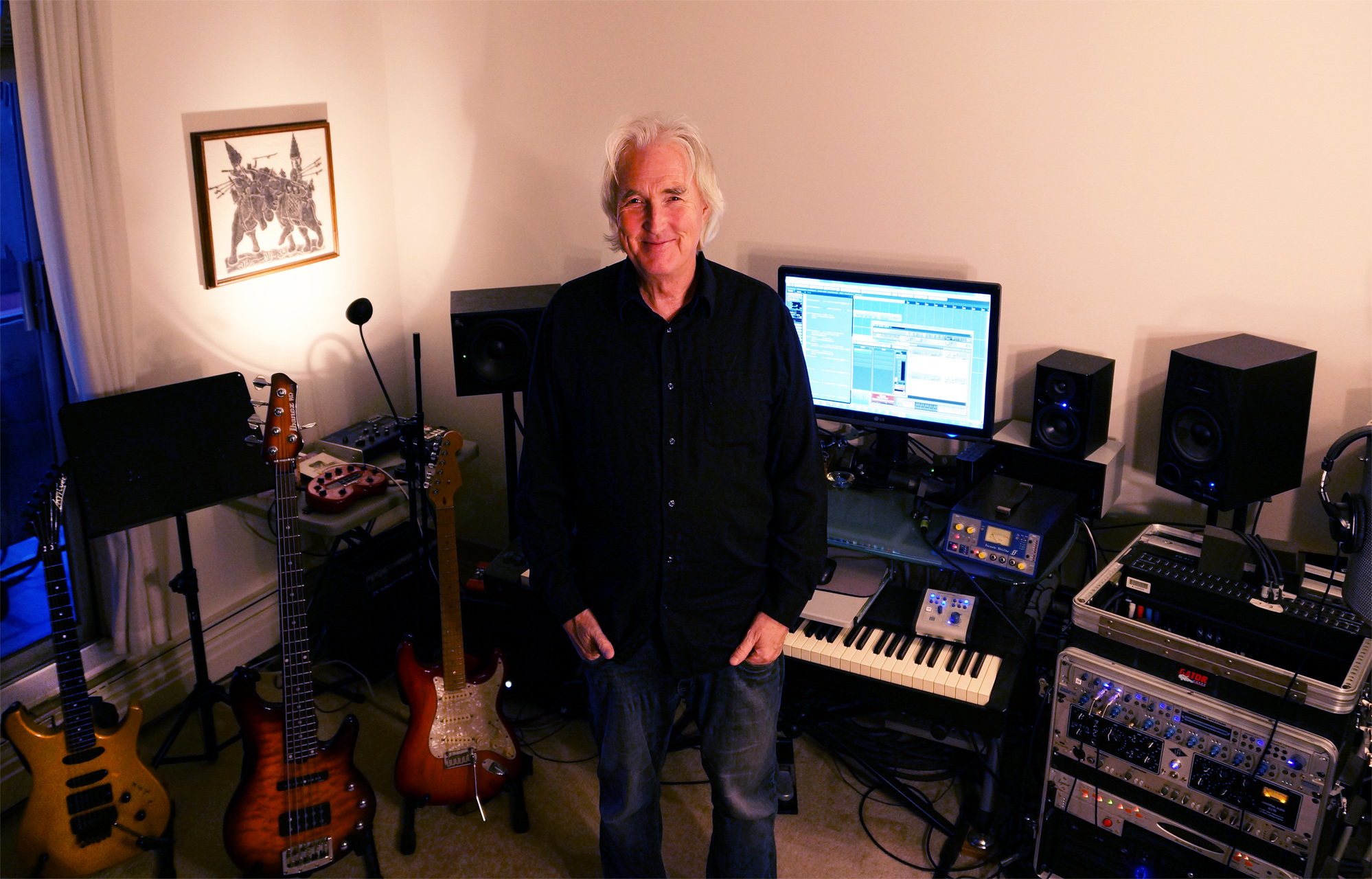 Next up… Some songs Derek Mason produced for various vocalists or bands, featuring Derek’s instruments / production … (scroll down on your phone/tablet or see the playlist at right on larger screens. You can also find it featured on our Song Productions page.)

Derek’s last instrumental production work for a client was with renowned Vancouver violist Thomas Beckman. To read Thomas’s blog posts on his work with Derek, go to his Tribute to Derek Mason and CBC Breakthrough and Soundtrack Release